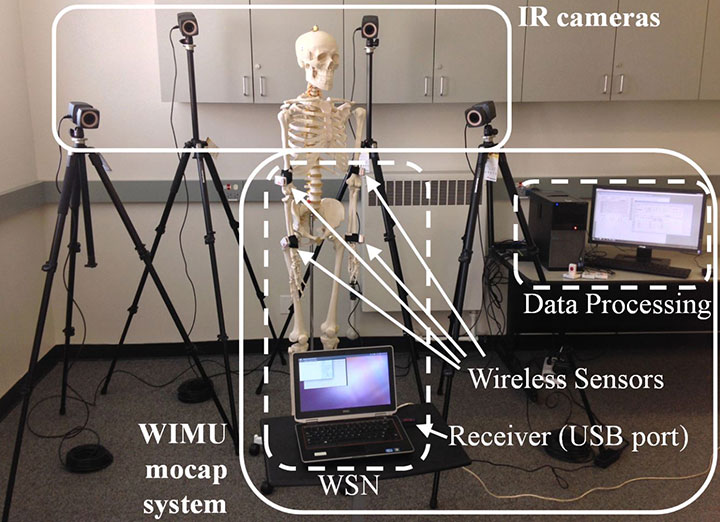 A motion capture system placed on a skeleton using a wireless sensor network of inertial-magnetic units and infrared cameras that track reflective markers.

The Intemnets Lab conducts research on Wireless Multihop Networks (WMNs) that adapt to human activity and the systems that integrate with these networks to provide services for a variety of applications. The research consists of two main fundamental aspects that have a common goal: a set of intelligent and embedded wireless networked systems that are aware of the users' activities and their environments, and that adapt to their variations. These systems can cover personal areas and areas for team work (i.e., body-area and local-area networks).

The first aspect is the recurrent formation of WMNs as networks of networks, which considers a broad range of WMN aspects including cognitive networking, topology control, network stability, network coding, overlay networks, and quality of service. These problems are addressed while considering the users' behavior such as traffic patterns, body postures, and relative movement among them. Applications of the planned research activity include: body-movement monitoring, biological-signal monitoring, reality mining (i.e., real-time monitoring of human behavior and its automated analysis), tactical field communications resilience, and disaster recovery. 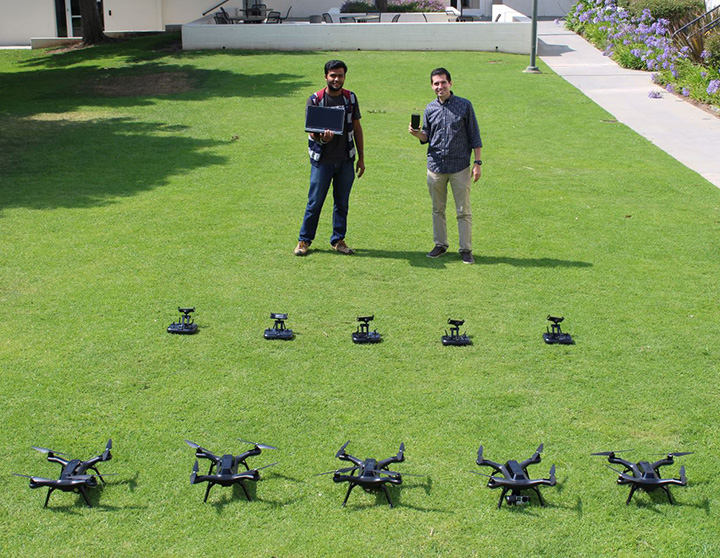 A network of drones that communicate with each other to collaborate in performing target counting and identification on the fly.